The critic had taken to Twitter to share his opinion about the celebrity couple. He wrote, “Your husband sings better than you @SympLySimi”.

The mum of one, who recently released a hit single ‘Woman’, accepted the comment with good grace and noted that she doesn’t mind if her husband is a better singer.

She responded, “I can live with that. He’s awesome”.

See the exchange below, 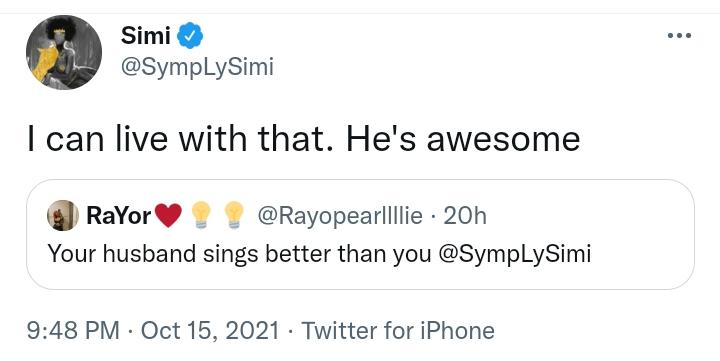