Police officers in Mozambique have arrested a 53-year-old Nigerian for alleged drug trafficking.

His arrest comes 12 years after he was declared wanted by Dutch Police. 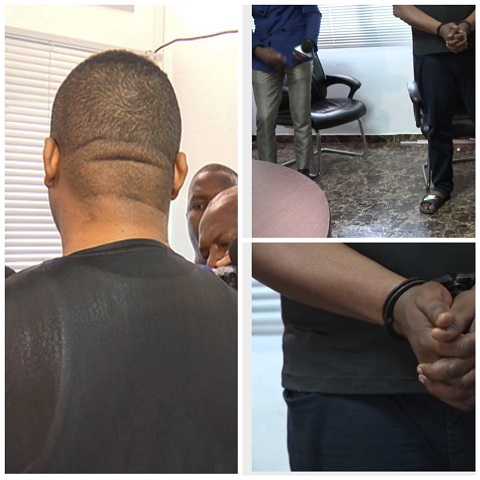 According to Lole, the man whom he did not name, has been wanted by the Dutch authorities since 2010. At that time, he was charged with possession of 23.4 kilos of cocaine.

The Dutch police, via Interpol, issued an international warrant for the arrest of the Nigerian suspect.

“Through Interpol, we received the international arrest warrant for this Nigerian.” said Lole.

“During the investigations in Nigeria, he escaped, and his whereabouts were unknown until he was detained in Maputo. The Mozambican authorities intercepted this citizen, and implemented the arrest warrant, which was in the possession of Sernic,”

Lole said that when he was detained, the Nigerian identified himself using documents which the Mozambican authorities believe are forgeries.

“The name on the documents he was carrying is not his real name,” said Lole.

Lole said the man will now be extradited to Nigeria, adding that the case is now following the normal extradition procedures.

Asked whether the Nigerian has been involved in other crimes, Lole said Sernic is working with Interpol to ascertain his criminal record.

“We hope to obtain clarification from the Nigerian police and from Interpol. This work will allow us to take subsequent procedures, if necessary,” he said.

The Nigerian national, however, denied all the accusations against him, and told reporters he does not know why he is under arrest.

“I don’t know why I’ve been detained”, he declared. “I’m not a drug trafficker. I’ve been in Mozambique since January of this year, but the alleged trafficker has been wanted since 2010. I came to Mozambique in search of new opportunities”