An aggrieved young man withdraws all the gifts he bought for his girlfriend after reportedly catching her cheating with another man. 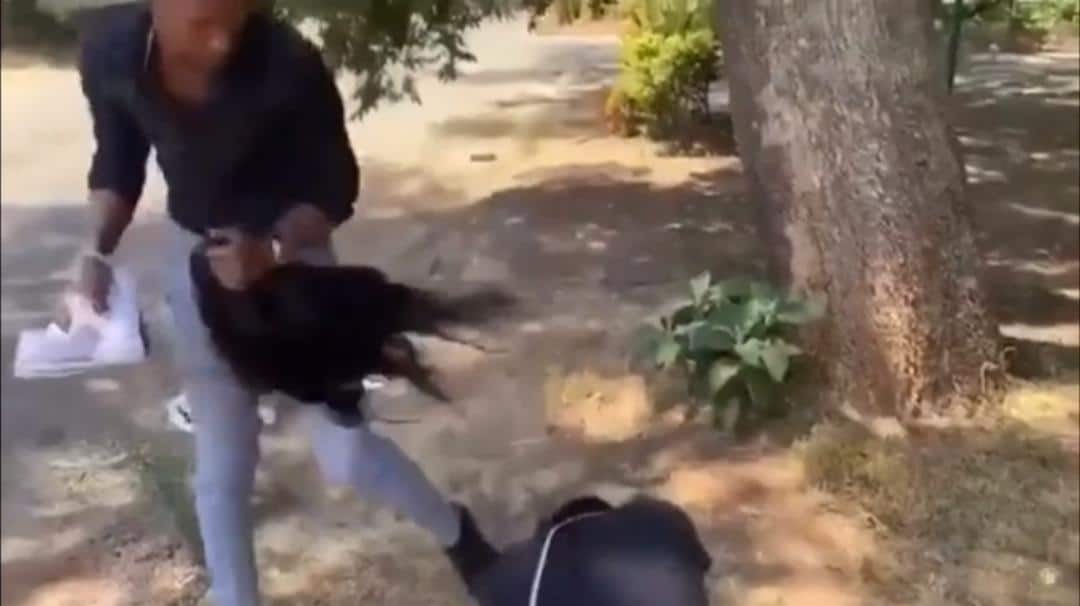 It was reported that the lady had cheated and was met with embarrassment by the boyfriend who walked away after pulling off her sneakers and wig.

Watch the video below …

See some reactions below …

George wrote: “Don’t do that to a woman publicly… If you break up with her… Don’t collect the stuffs back… Gave my ex stuffs, I no collect am back oh, and so many other stuffs… When you leave a woman leave every other thing including the stuffs you bought for her…”

Nsix wrote, “Embarrassing her outside.. welp I won’t do that but will definitely collect my things I put so much passion to get for her but privately. If I ask and she says no… olopa ma ko anybody.”

Victor wrote, “I support the guy. Anything u buy for these girls make sure u collect dem back. So dat in ur next relationship u wont have to b buying new things again”