Nigeria U-17 women’s team, Flamingoes defeated Galatasaray Ladies 3-1 in Kocaeli, Turkey on Saturday in preparation for the FIFA U-17 Women’s World Cup holding in India. 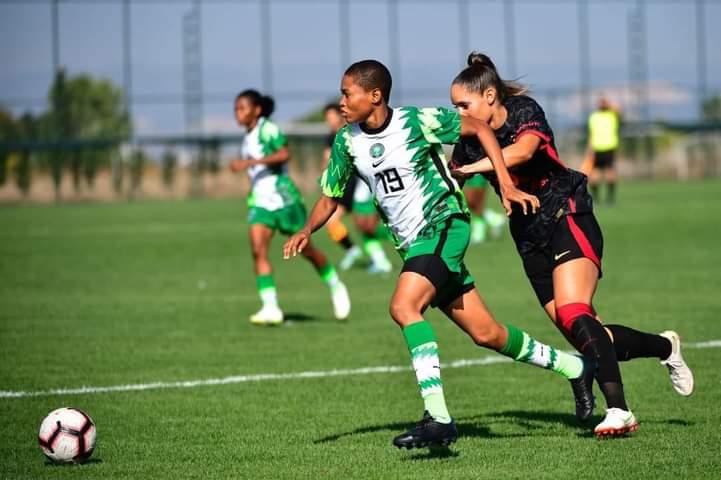 The girls led by coach Bankole Olowookere opened scoring in the 26th minute via Opeyemi Ajakaye.

Edidiong Etim doubled the lead eight minutes later but their opponents soon pulled a goal back through Ebru Topliv to reduce the deficit.

Nigeria were not done scoring as they got a third via Etim who made it a brace for herself in the 77th minute.

The Flamingoes are on a 10-day training camp ahead of this year’s FIFA U-17 Women World Cup in India.

The tournament is billed to start 11th October.

The Flamingoes are drawn in Group B alongside Germany, New Zealand and Chile with their opener being against Germany on October 11th.