An Enugu Magistrate court has reportedly granted the sum of N150,000 in damages to a man in his suit against a lady who breached an agreement.

The shocking tale was shared on the microblogging platform, Twitter by a user who identified as a Nupe lawyer who said the magistrate awarded damages against the lady to serve as a deterrent.

According to the lawyer, the woman had received N3,000 as transport fare on the premise that she would visit, but she failed to show up.

The guy then took her to court for receiving money under false pretenses, and the chief magistrate ordered her to give him N150k. The petitioner informed the judge that she turned off her phone after receiving the money he had provided.

“A court in Enugu has reportedly set a good precedent by awarding damages of 150k against a lady. She was given 3k as transport fare to visit a guy and after collecting the money, she switched off her phone and refused to visit him. Infuriated by her action, he reported and sued her for deceit.” 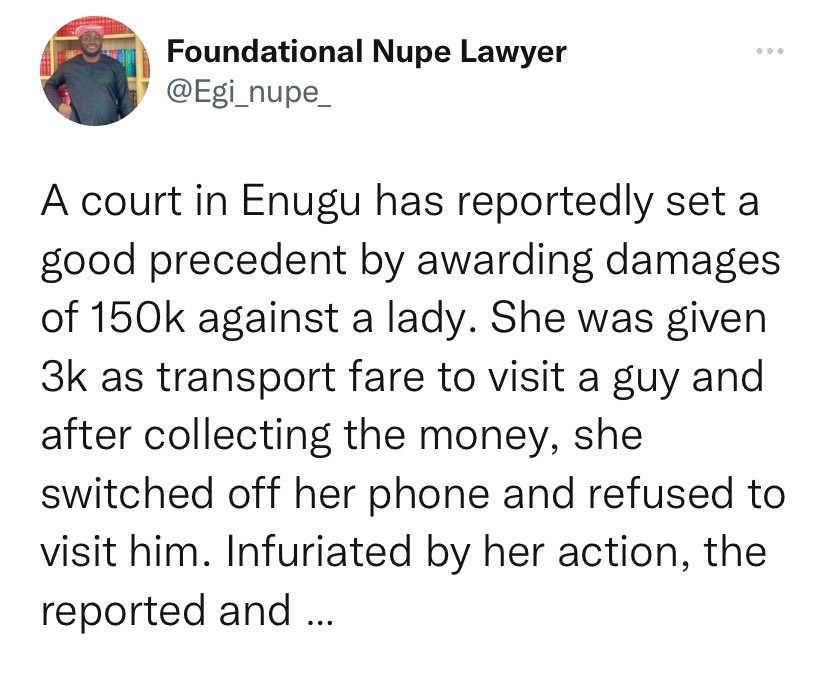