Sickle cell anemia is an inherited red blood cell disorder in which there aren’t enough healthy red blood cells to carry oxygen throughout your body.

Taking to Twitter to announce his death, @DPERecordsNG wrote;

We receive with great sorrow news of the passing unto glory of a brother Mr. Charles Danlami Dogo Esq. To us, Charles was a friend, brother, and ministry partner. We cherish every fellowship, collaboration, and partnership we had with him while he was still with us.

Our heartfelt condolences and prayers are with all who are affected by his demise.a

All you need to know about Late Charlz Dogo

The below info about the late singer was shared on Twitter by user @Psalmist_Ymb;

Charlz was Born in the ever-vibrant city of Lagos,
Charlz Dogo then moved back to his hometown Kaduna at a tender age.

Started and formerly known as Fizzikal started listening to rap music at a tender age but pretty much had no clue he’d be an emcee later in life.

He started off nodding his head to Eminem’s lines assuming people couldn’t keep it real and “gospel” at the same time until he came across the legendary Cross Movement.

Obviously falling in love with what he heard, he embarked on a journey to discover more acts in the genre.

A journey that led him to discover his greatest influences, Lecrae, Da’ T.R.U.T.H Shai Linne amongst others. He has recently shared a stage with the likes of Da’ T.R.U.T.H, The Ambassador, Jahaziel, Sean Simmonds, BOUQUI, Rooftop MCs, NUTTY JOSH & Many others at the MoveTour Nigeria. He started by writing rhymes in secondary school class rooms and he had his first studio recording in 2009. Dropping his higly acclaimed deput EP in 2013 titled the Genesis which had a massive response and airplay across Nigeria and beyond.

In 2015 he decided to have a changed of stage name and now being addressed as Charlz Dogo and was followed by the release of his 11 track mixtape titled “Yaron Dogo” which included songs like “Yesu Shi Ne Masta”, “All Day Errday”, “Take Me as I Am” amongst others. He has also received nominations and has won several awards.. He has worked with the likes of A-Star(UK) BOUQUI, Nutty Josh, Sam Jamz, Gameman, Okey, Gaise, Sokay, Dr Sankty among many others. Source ::LYRNOW

The late singer was taking to his Twitter platform regularly to keep fans updated with his health status. On the 19th of May, he revealed to his fans that he was back in the ICU, as he urged them to pray for him.

God I need you now more than ever

A memorial page has been created in remembrance of the late Charlz Dogo, and below are things people wrote on the page;

Adetutu .L. Tayo: I keep waiting for someone to tell me that it’s a prank or a dream. In the few months that we got close you were nothing but sweet.

Though we’re hurting, our consolation is that you won Charles and we will see you again.

You’re loved and will always be remembered.

Olamide Folayan: Charles, I’ve struggled to put my feelings into words. I admired you and your music. Thanks for living your life to add value and for making an impact in the short time you had with us. Good night

Mary Magdalene Ekanem: Charles is a gem. I’m not going to use words in past tense when referring to Charles as often because he’s not gone. He lives in our present through the memories we have of him and in our future because we know for sure he’s with our father, where we will all be one day♥️
Charles is a sweet person and likes gist
he’s a really sweet person and allowed me give him the tightest hugs whenever I saw him. He sent me food one day when I was really hungry and offered to buy me ice cream because I love ice cream. The life he lived on this side of eternity was so full of joy and laughter and love, so so so much love. Charles is a really sweet person, I wish we had more gist and I would have taken the ice cream he offered if I knew it was the last.
Charles is a really strong person. The life he lived on this side of eternity was full of strength and faith and hope, so so so much hope. I’m happy he showed strength even when he didn’t have to, I’m happy he had faith and I know that the hope he had can never be put to shame, it’s rock solid!
The only consolation I have is that Charles is in not in our past but in our future, that I’ll see him some day and like the last time I hugged him, I’ll hug him again, as tight as I usually do♥️
I’m so proud and happy you lived a full life and I’m really going to miss you, Charles. 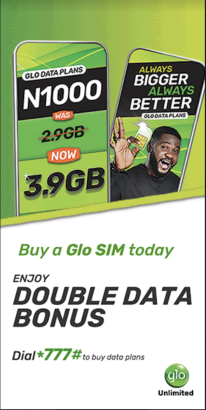